Sold Over 2,000 Homes In Saskatoon 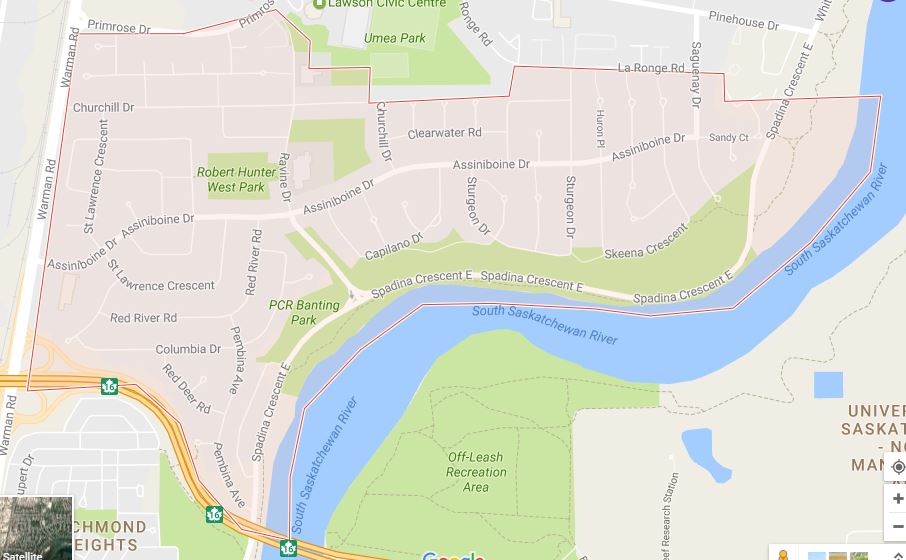 River Heights is a neighbourhood in Lawson Suburban Development Area in Saskatoon. Its eastern boundary borders the South Saskatchewan River. The suburb is just south of the Mall at Lawson Heights. Development of the neighbourhood began in the very early 1960s (it appears on the official 1961 City of Saskatoon street map, though an issue involving restrictions on mortgage funds delayed its initial development, and by August 1967 only a small portion of the community had been developed with full build out completed by the early 1980s. Most of the neighbourhood’s land was annexed by the city in the late 1950s, with the eastern third of the district annexed in 1974.

#AskSlade about properties currently for sale in this neighbourhood. Slade Real Estate Inc. 306-222-9992.

I’ve been a resident of Nutana in Saskatoon for over a decade now. My family and I are currently in...

Show stopping executive Bungalow Built by the reputable builder Decora Homes. Over 4600ft of exquisite development. 2383 sqft on the...

Selling a property can be a stressful business and so all the more reason to have a professional working on your behalf. Slade knows the real estate business but best of all he knows Saskatoon, especially the Varsity View area. He is part of the community and he knows that selling (or buying) involves much more than bricks and mortar.

I would just like to say how pleased I was with the service that Slade Desrochers provided to my niece and brother. He dealt with the purchase of my niece's new home with attentive care. He was very informative in providing them with all the information they required to make an educated choice. I would highly recommend Slade to anyone...

As a builder I have had a chance to work with few different realtors and I have to say that Slade has definitely earned his reputation as one of the best!! He is a true professional. Always keeping you informed and up to date, you never feel lost or out of the loop, and most importantly he works extremely hard to get the result you want.

As a first time home buyer I felt extremely comfortable throughout the entire process. Slade walks you through what to expect and is there each step of the way to make sure you find the right home. There was no pressure to buy and Slade continually reassured me that we would look at as many places until I found what I was looking for.

As first time home buyers, it was nice to have someone like Slade on our side through the whole process. He helped us decide on a home best suited for us and took care of the administrative side we were so intimidated by. Overall the process went smoothly thanks to Slade and his team. We love our new home and are grateful for the help.